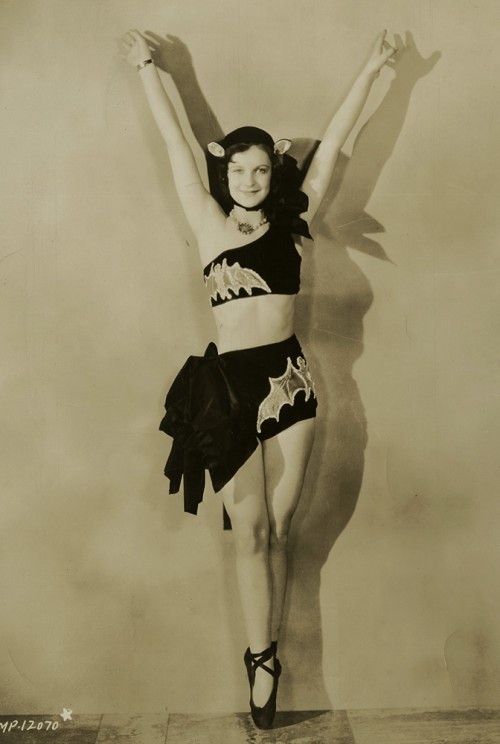 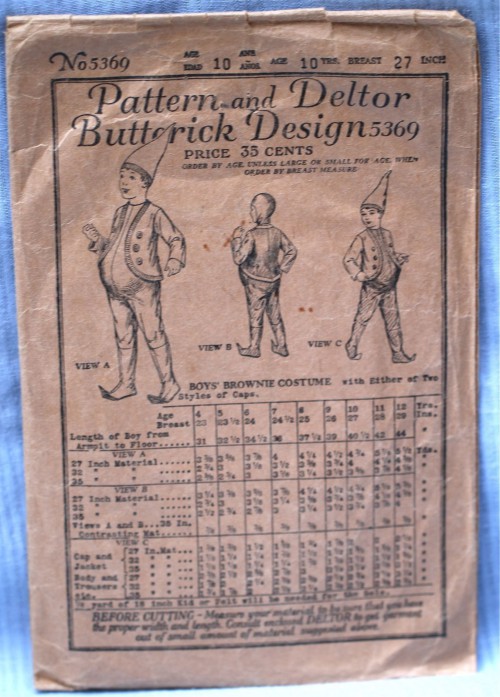 This antique Butterick pattern for a witch costume dating to 1898 recently sold for $199.99. Images from the seller, wiskeycowboy 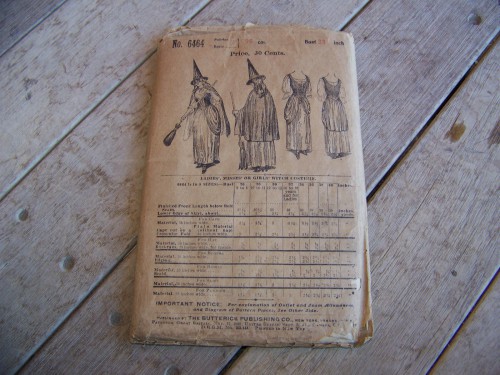 They use signs to introduce themselves to you. Photo from Lynnstudios 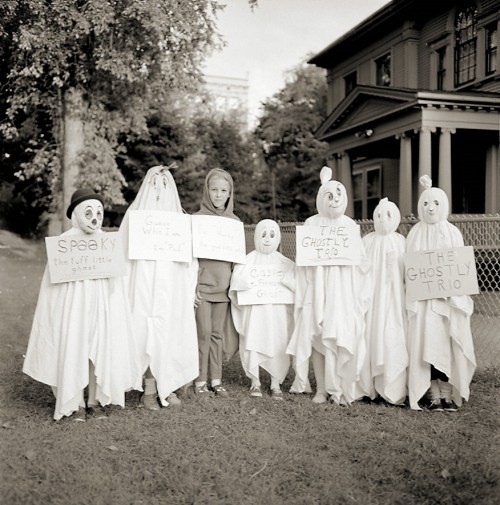 Children in Halloween costumes, 1950s. Via. 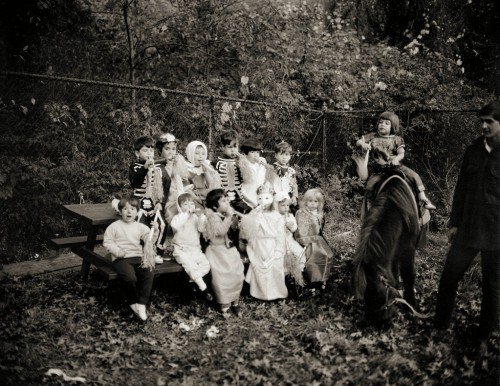 A Christmas tree. Photo taken on a Southern California beach in 1936; via. 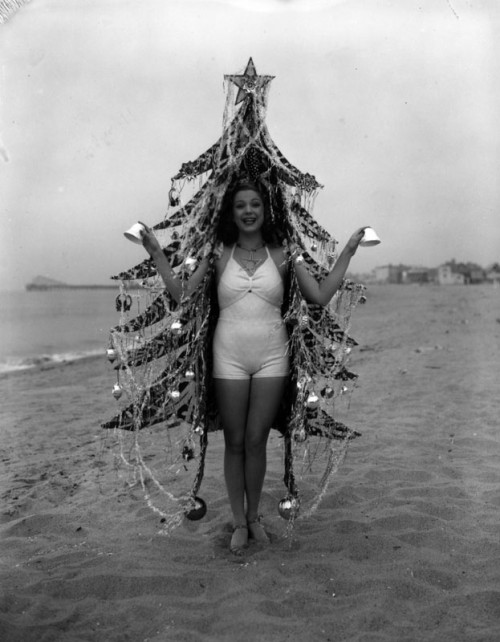 The better to play My Little Pony with. Don’t forget to ask Santa for MLP cosplay ears. 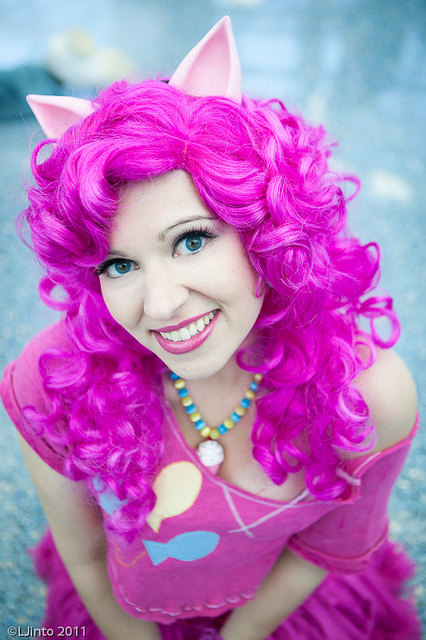 Kitchen appliance costume balls were serious business in the 1930s.   You didn’t show up dressed half-heartedly or ironically.  Well, unless you wanted to be funny and dress as an iron and call yourself ironic, but that might still get you kicked out.   See more of the modern machinery of the 1930s here. 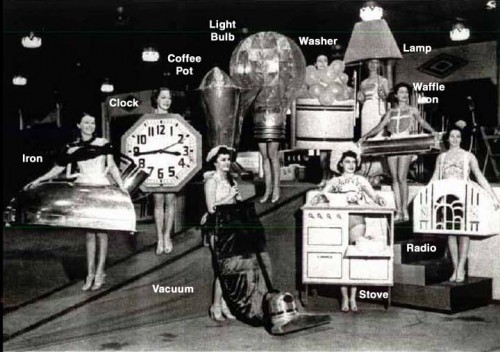 From Funny Bags by Betsy Pflug

, instructions for making a mermaid costume for your doll and a hula costume, which I guess is “for you”, out of paper bags. I’m not sure what to make of this, really. As usual, I scan stuff that tickles me; but sometimes when it comes to posting it, even I wonder why. Anywho, if you’re in need of a cheap and easy costume — for you and your doll, you’d best answer the “paper or plastic” question with “paper.” 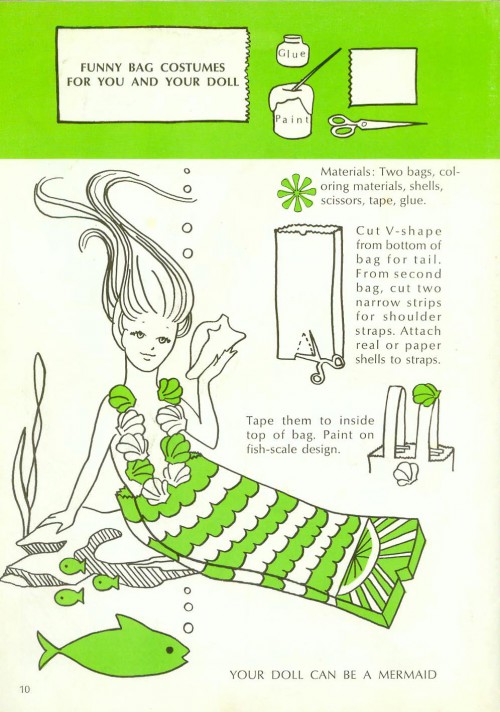 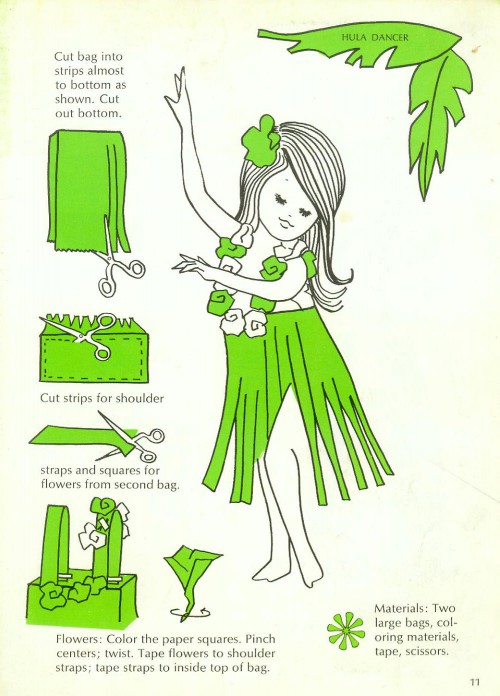 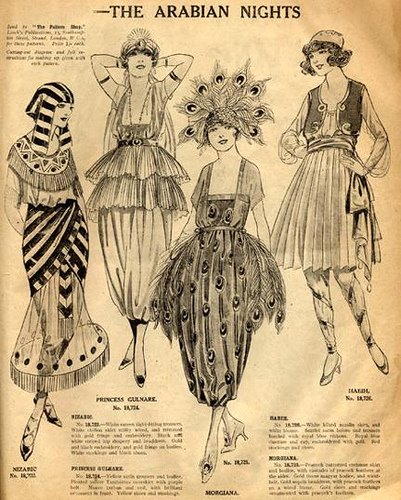 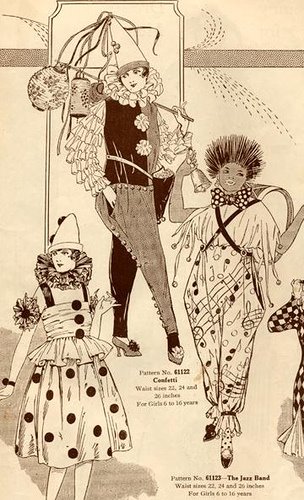