I still yearn to see Sir Oliver T. Puddington in lederhosen — but that doesn’t mean I am also not enthralled by the idea of seeing our Basset Hound in a kilt. Bonus points for being able to also get the other pets into the action, or portrait, as the case may be. Custom pet portraits by Fotos 2 Art. 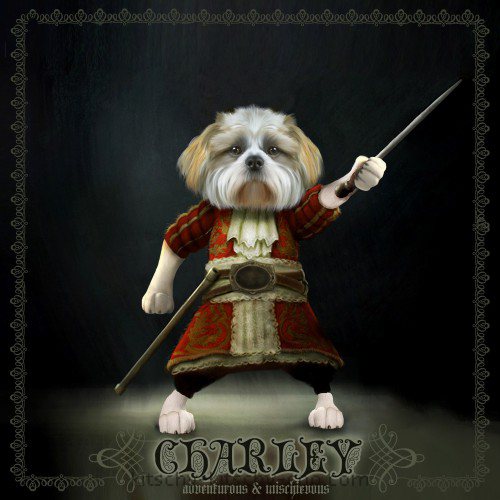 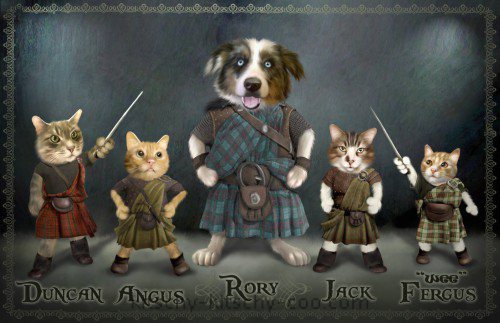 Speaking of dogs in underpants and dressing other pets…

Here Toodles dons the same little hat we tried to get on Old Man Chicken Bone when he was a baby kitten. 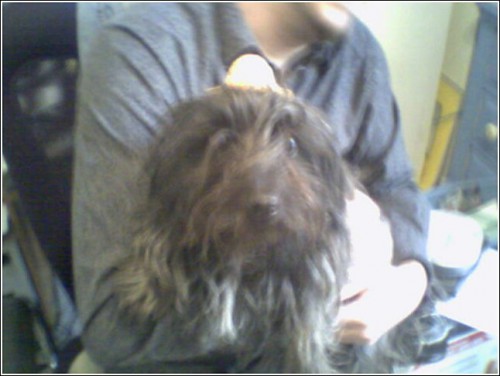 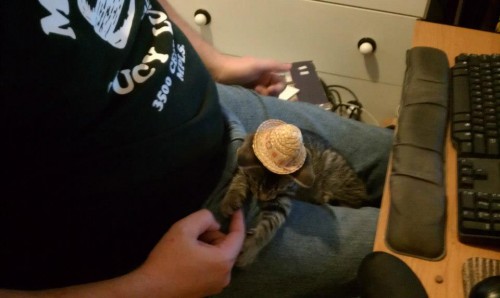 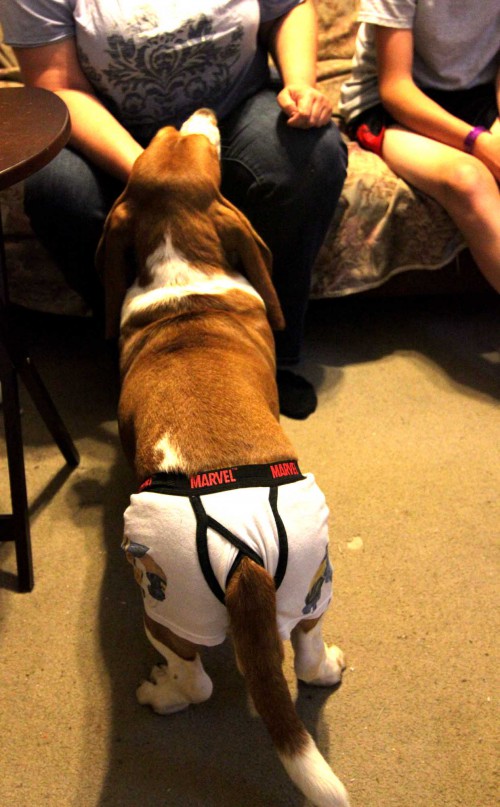 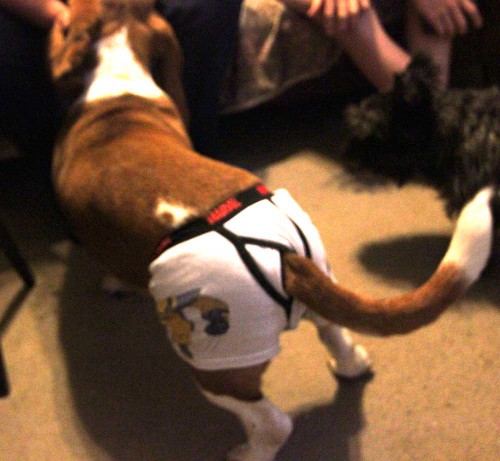 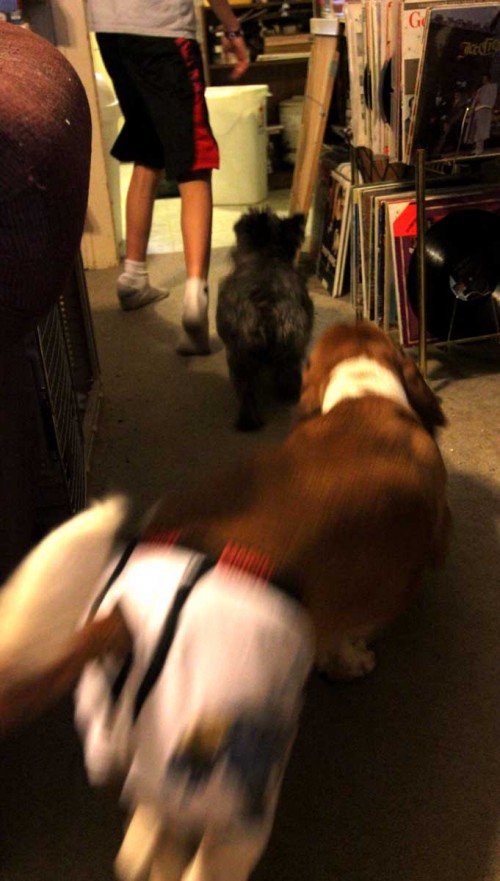 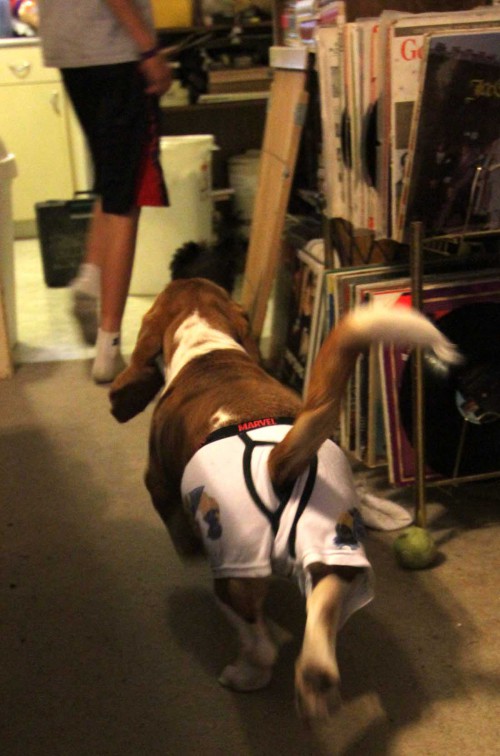 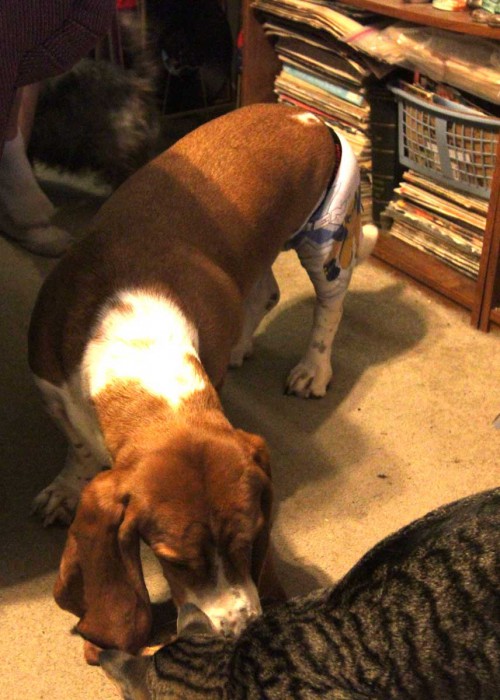 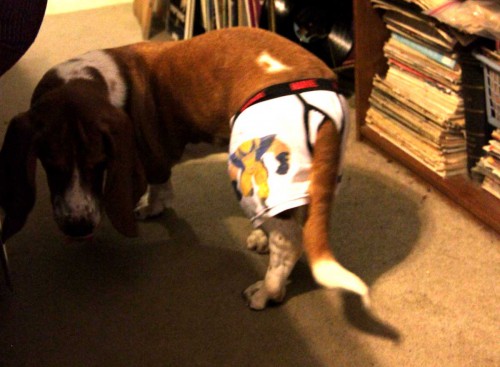 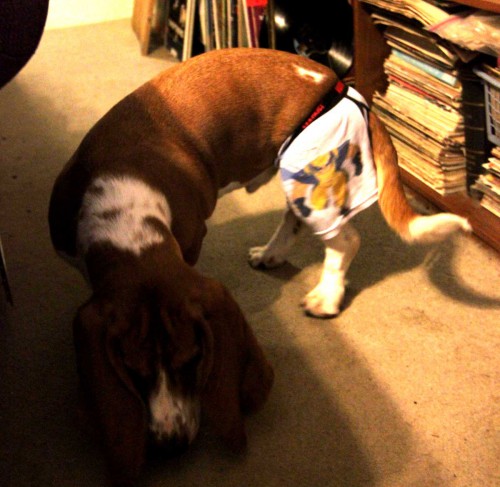 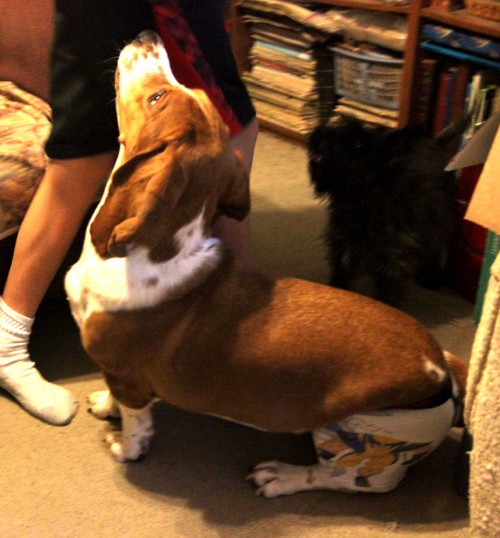 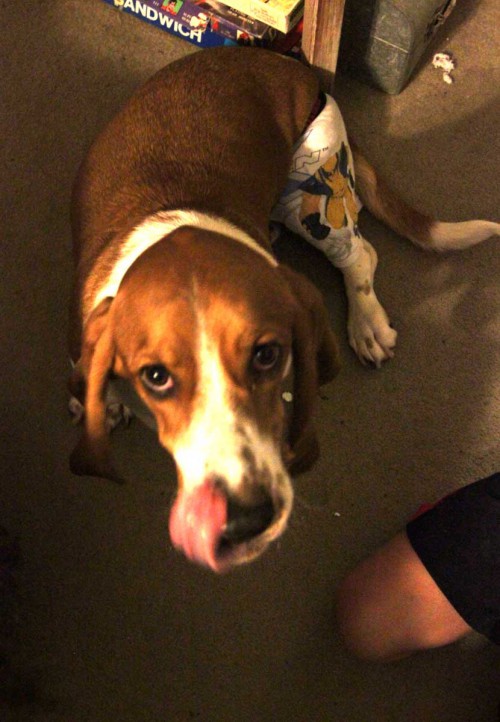 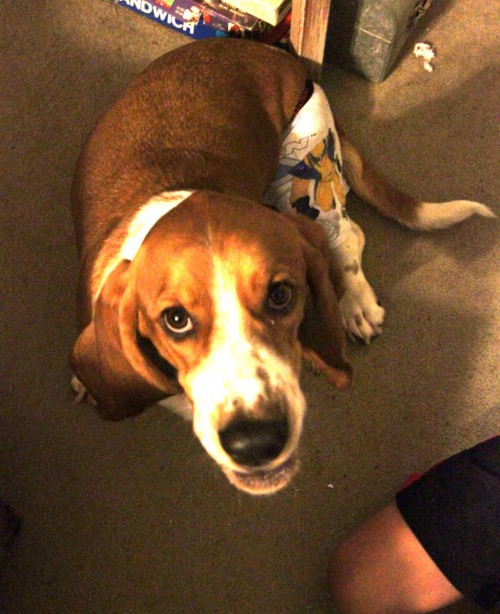 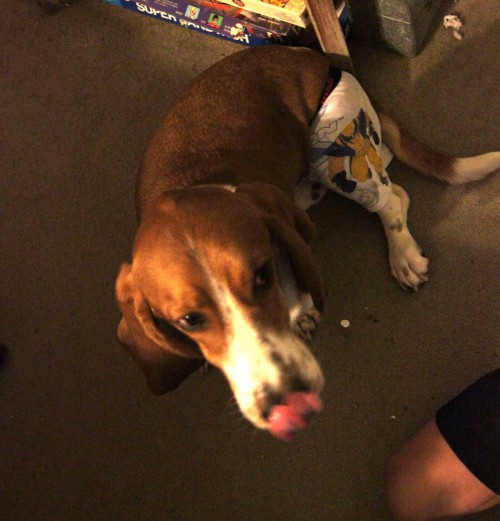