, by Chef Hector Boiardi (Through Courtesy of Stop & Shop) with Recipes tested and approved by The Chef Boy-ar-dee Housewife, Lois Nichols. 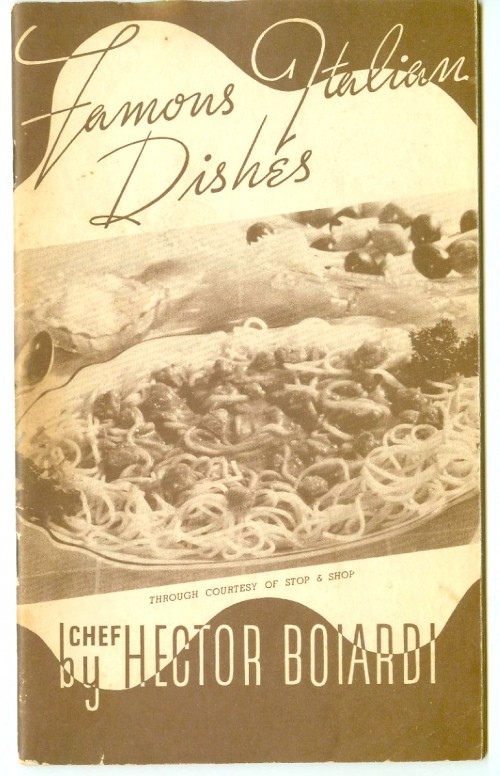 Along with recipes & biographical info on Boiardi himself, there are illustrations for products which have perished, long ago… Even if you do still find items with this packaging in grandma’s pantry, they’ve perished. Do. Not. Eat. 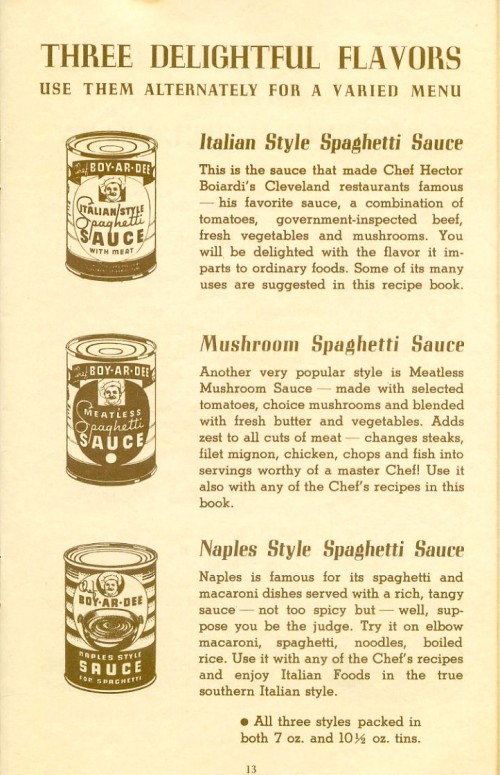 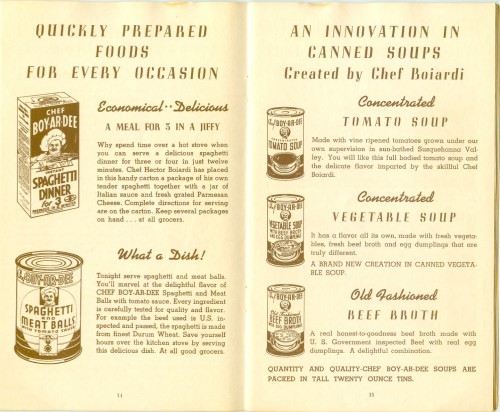 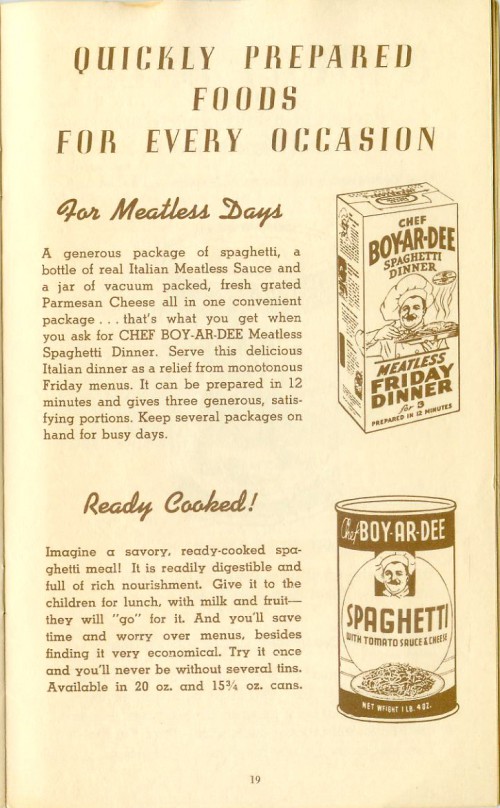 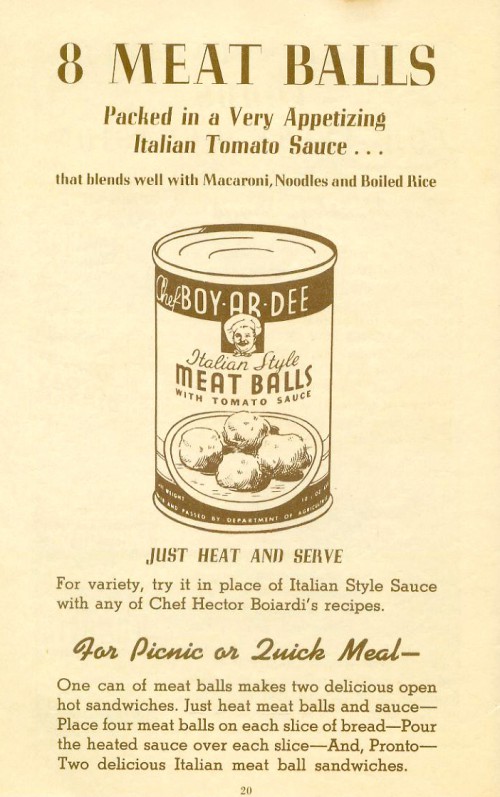 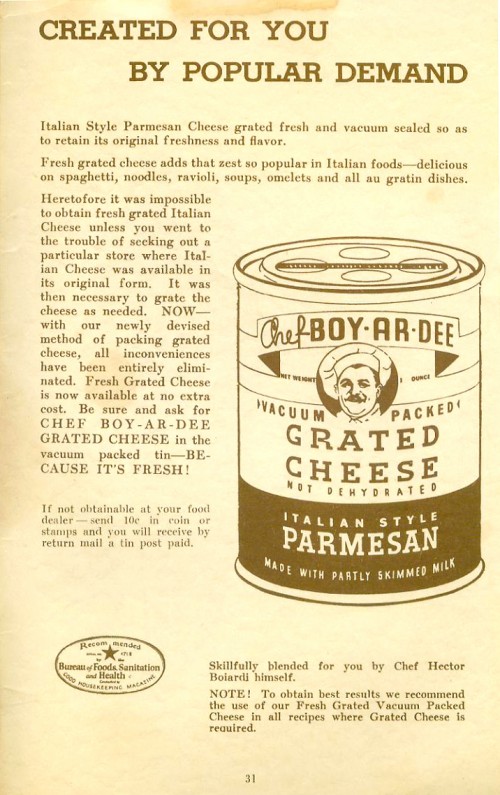 Also in the booklet, photos of the manufacturing operations at the “modern plant” in Milton, PA. 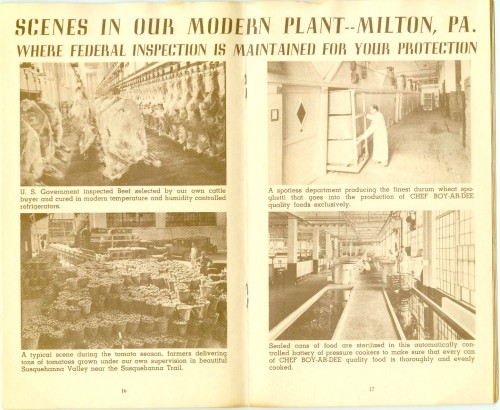 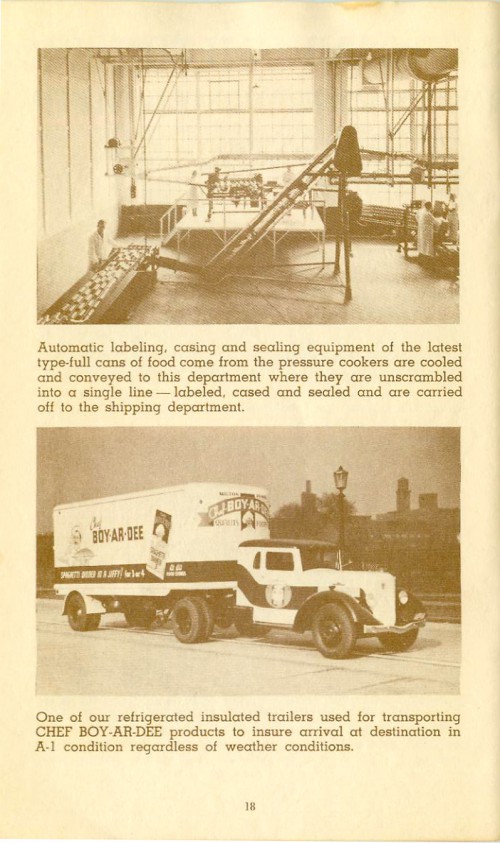 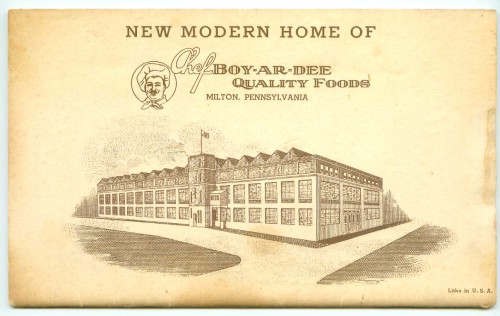 No date; I believe it’s from the 30s. The whole book is printed in a sepia-toned brown on off-white paper, not black on white.

A grandma was recently forced to clean out her pantry, and this is some of what lay within… Via Kottke. 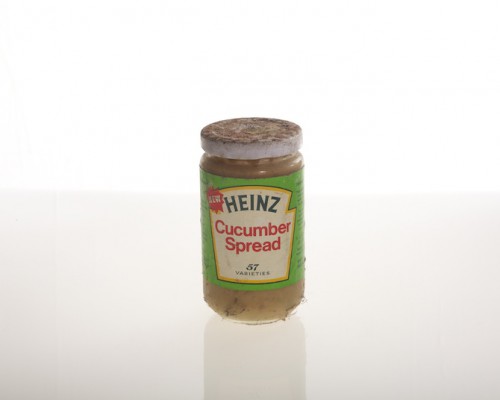 Kitsch-Back: What is Kitsch to You?

If you look at your dictionary or Wikipedia, you may find kitsch defined as ‘gaudy, cheap, and tacky.’ This description does not to justice to the international phenomenon we fondly know as kitsch. A word borrowed from the German language, its orginal meaning has it associated with tackiness and trashiness. Yet it is also fresh, funky and fabulous. You can find it all over the world, emboying different media and styles. There is a quirky kind of magic to it, an irrestible charm if you get to know it. What does it mean to you?

Some admirers go for Mexican kitsch. The candy-filled pinatas, the Day of the Dead festivities, the overblown religion paraphernalia and the melodramatic telenovella starlets all scream kitsch, in technicolor! The Japanese are also big supporters of kitsch, with kawaii (cute) youth culture a real movement embodying everything from Hello Kitty to Tamagotchi, Pokemon to karaoke. In some circles kitsch is scorned for being tasteless and cheap, but for those in the know it is as popular as FoxyBingo and Angry Birds. Is there even such a thing as ‘too kitsch’ or ‘too much kitsch’? No! Of course not.