Chart for the mayor of New York City denotes that he will do a good job, despite his lack of support. 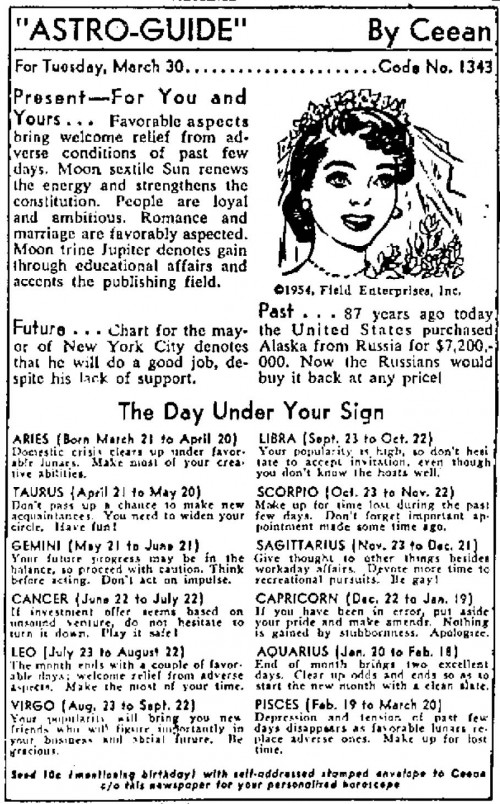 February 13, 1957, Hedda Hopper reveals (among other things) that a smiling Marilyn Monroe gave a “No comment” response to direct question about she and hubby Arthur Miller expecting a baby — and this gem:

The Ronnie Reagans will move into their electronic house over the week-end. They took lessons on how to run their electric control board which has almost as many gadgets as there are in a Constellation.

As amused as I am, I will not Google Reagan. Those of you with no Valentine’s Day plans, you now have something to do.

Comical illustration is the heavyweight of this vintage newspaper ad.

Garry Moore, narrator of The Right Man (a show about past American presidential campaigns which aired prior to the 1960 election), wearing “headgear suggesting the days of Abe Lincoln (stovepipe), Grover Cleveland (soft beaver), Teddy Roosevelt (Rough Rider model) and something that looks as if it might be a brown derby.” 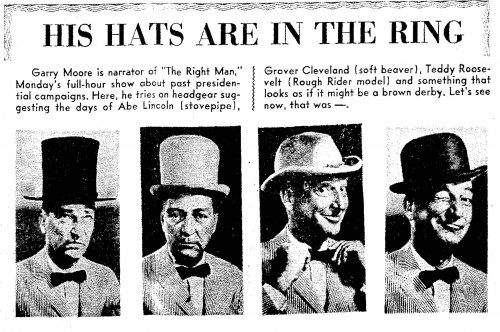 Miss Jane Seymore Fonda, daughter of Actor Henry Fonda and the late Frances Seymour Browkaw Fonda, is met at the New York Central station by Miss Joan Molyneux, daughter of Mr. and Mrs. Robert Molyneux of 1522 Salina st. Students at the Emma Willard School, Troy, the young women will spend vacation together at the Molyneux cottage at King Fisher Point, Redfield. Miss Fonda came from Huntington, L.I., where the Fonda family is passing the summer. 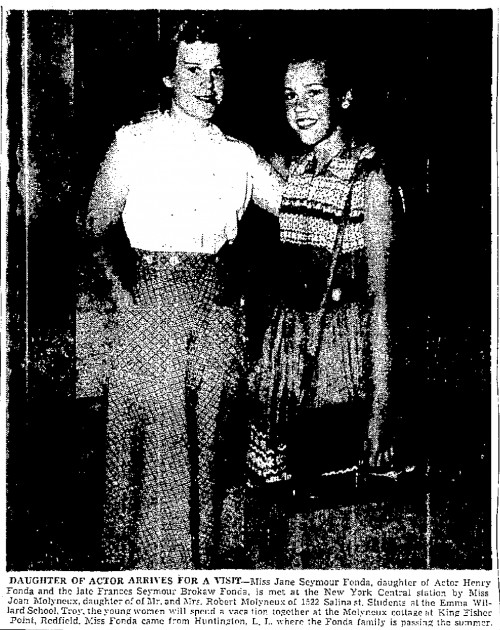