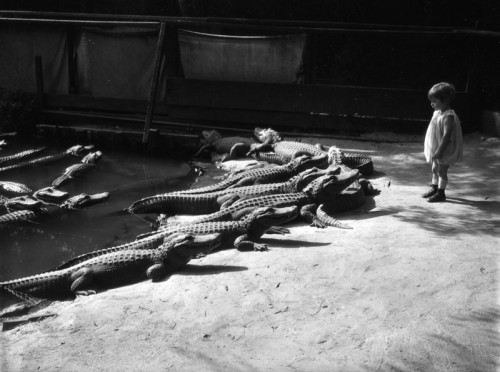 Toddler with a group of reptilian friends at The Luna Park Alligator Farm in Lincoln Heights, California – c. 1920s

A vintage photograph of Alice White, taken by Elmer Fryer in 1929

. Here White wears the stunning boots and costume of a pirate girl as she wore in the opening musical sequence of the pre-code musical Playing Around. 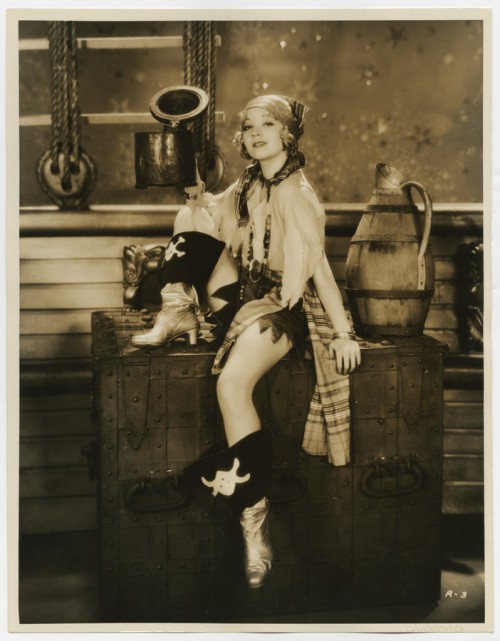 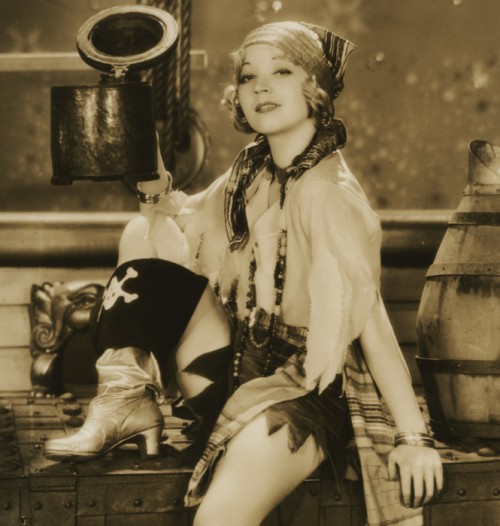 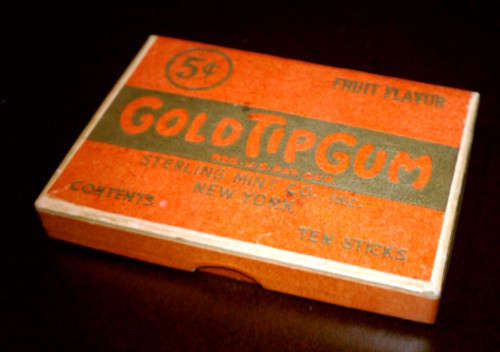 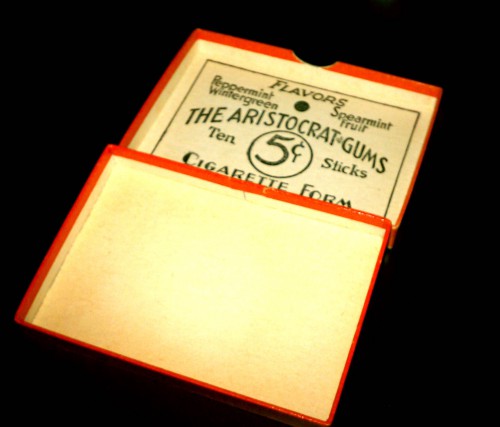 Bessie Love, as a burlesque clown

. Perhaps the only clown that, while a tad creepy, isn’t scaring me to death. 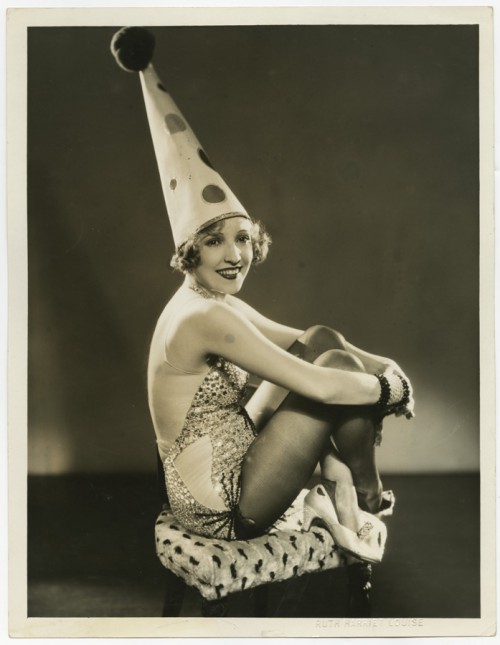 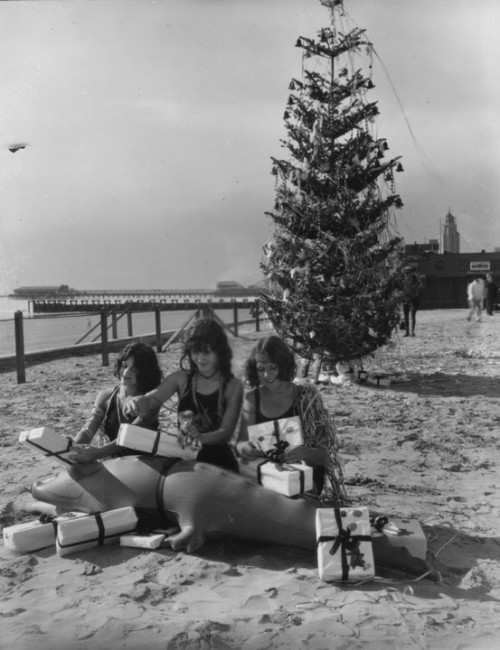 We don’t always wish to be remembered for our costumes… Would you be proud to discover your ancestor in this vintage Halloween photo, circa 1920s? Wouldn’t you prefer to remain ignorant to grandpa in blackface? I’d prefer he was the gas-mask wearing guy. But never ever the horn-playing clown. I’m fine, however, with cross-dressing grandma. I have plenty of those in my family tree. (I’m pretty sure I posted pics of that somewhere… But I couldn’t find them, even with Google’s help. Bummer.)

Look for the other Kitschy Kitschy Coo Halloween posts here and here. 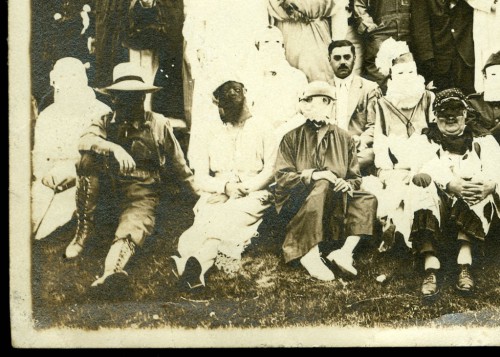 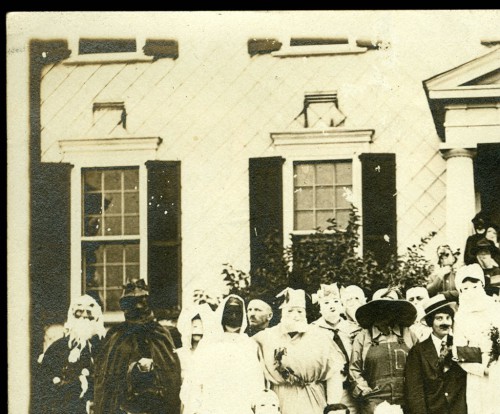 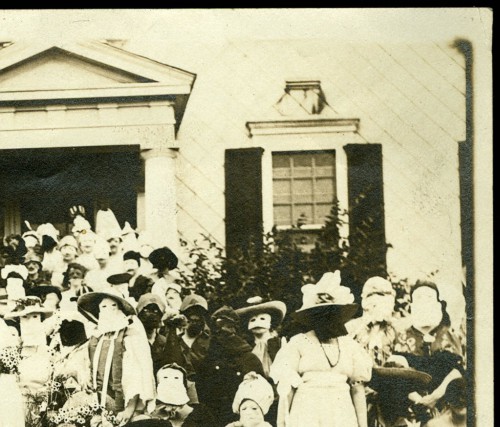 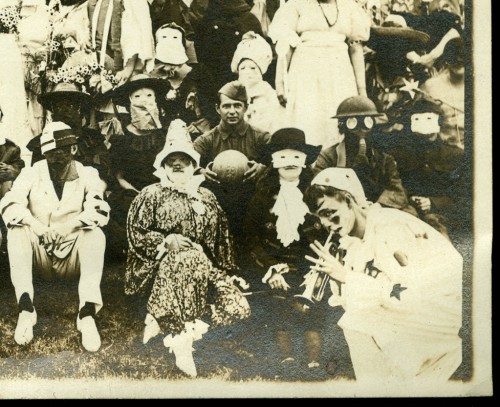 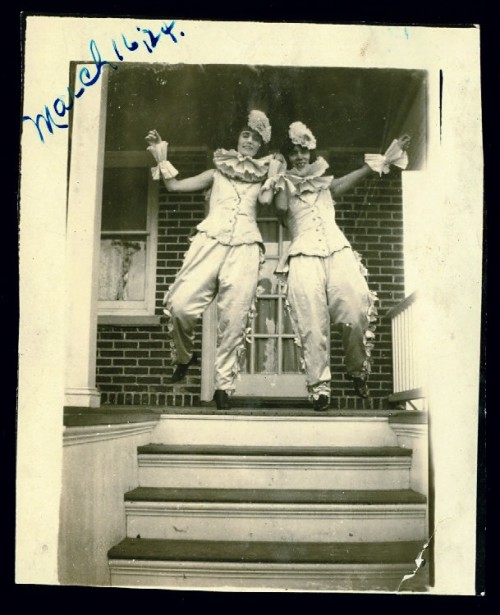 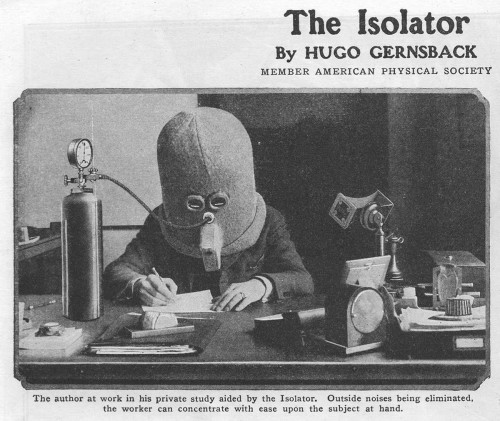 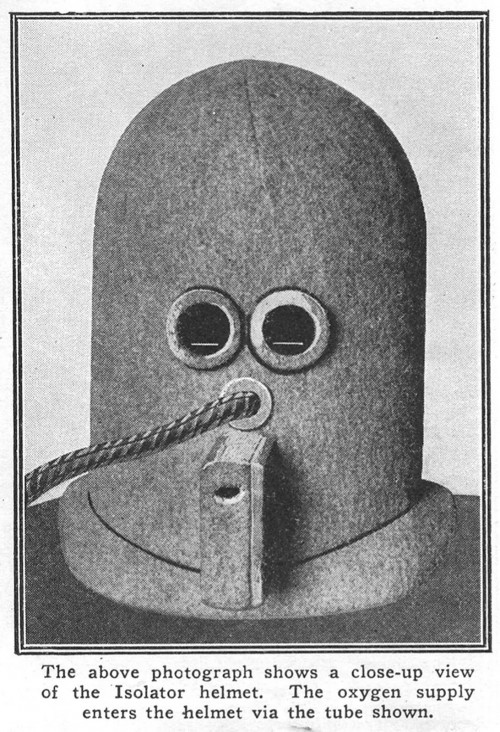 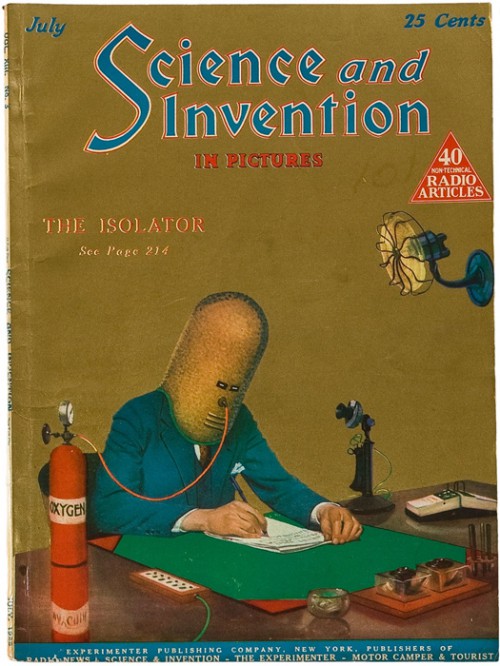 So many bright ideas; so many hats. The Illuminants, Ziegfeld Follies Midnight Frolic; Via.

It’s the Philbin Sisters, circa 1926. But we’re certain these girls were real shakers. 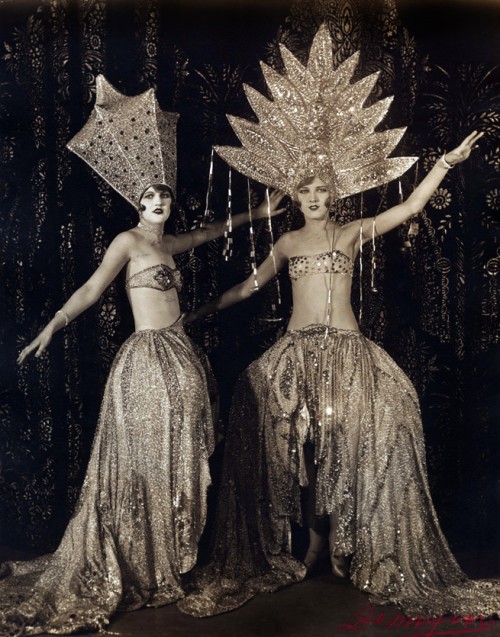