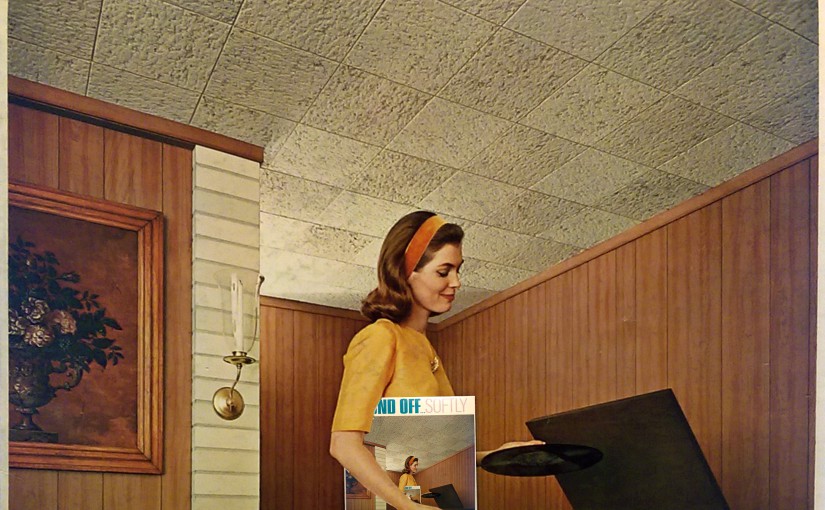 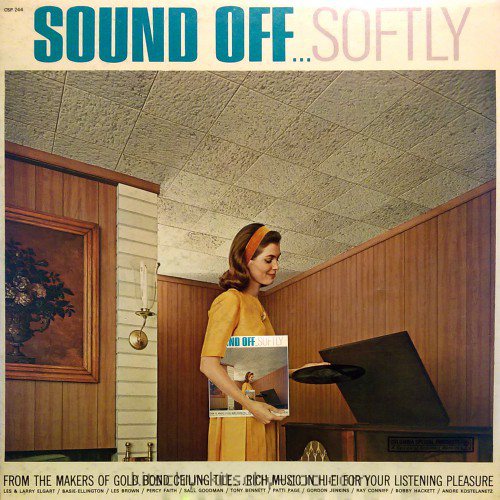 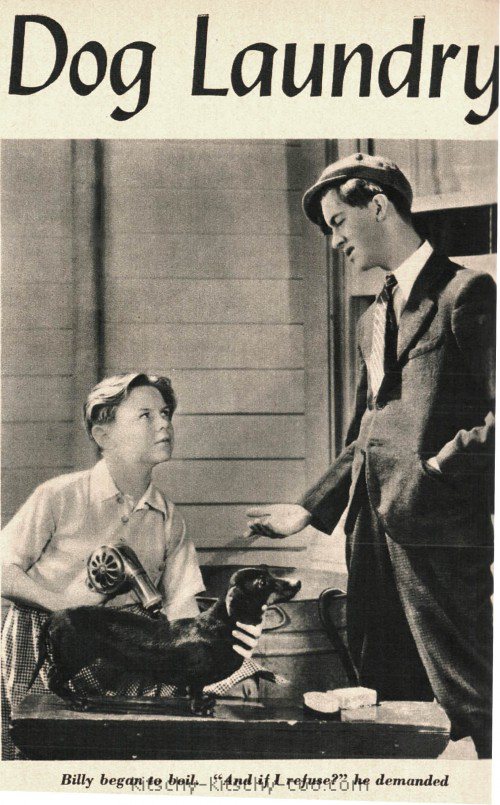 Ah, the cutthroat world of dog launderers.   From what I can tell, this “Billy and Betty Adventure” from the April 1940 issue of  True Story magazine   involved a pint-sized mob extortion, probably laundering dogs used during cocaine transactions.  You know, you sell a bunch of coke, get a truckload of dogs, but you can’t just spend those dogs, otherwise people will be able to track the dope back to you.  So, you blackmail Billy and Betty into laundering your dogs, which clears the trail and keeps the DEA off your back.  Sounds legit?  Yeah, I should’ve just read the story.

Starting in the late Seventies, public access cable television in New York experienced Stairway to Stardom,  a reality-TV program at its finest.  People wishing to make a stab at television stardom could write in, schedule themselves to appear, pay an appearance fee, and then show up in living rooms all across Staten Island.

It’s as if American Idol auditions left out all the super-talented people and the mentally ill hopefuls, and only accepted people with moderate talent and extreme enthusiasm.   (Via.)

Ah, it’s the time of year when the knitters in your life move from socks and blankets to scarves and headgear.   If they’re particularly creative, they’ve got something custom in the works, like this alien facehugger skimask. 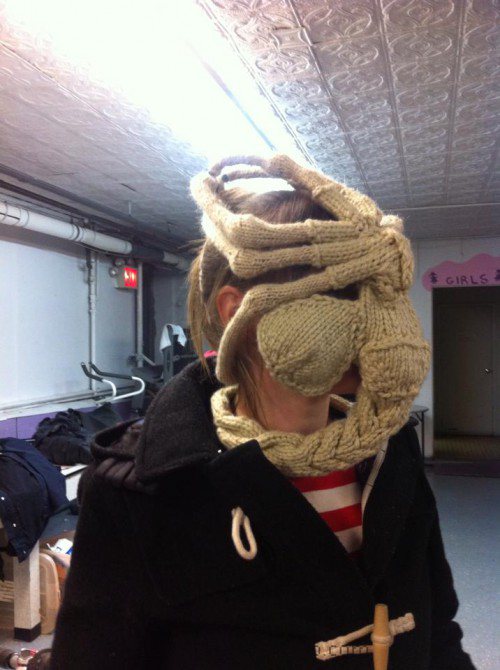 You can only wear it for a few hours, because after that time you need to switch over to these guys: 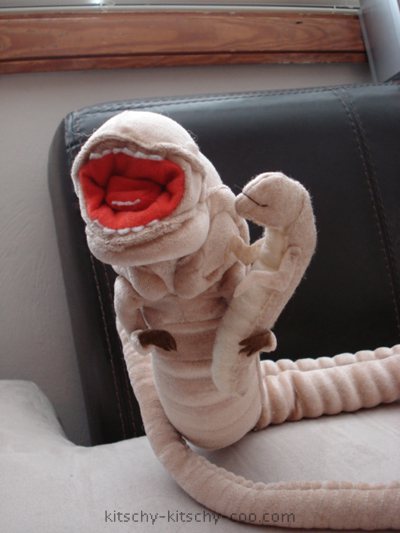 Knitters are an amazing folk: they can make almost anything you can imagine out of interlocking loops of string.   The crew of the Nostromo would have survived if only one of them could have knit an alien containment unit before things got ugly.

(Facehugger via, others via) 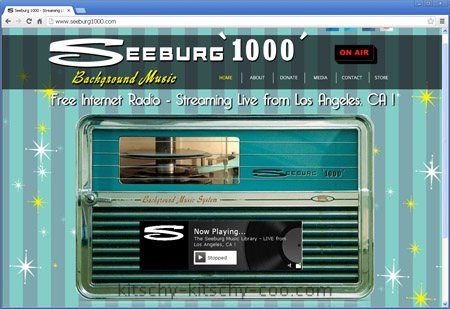 We’ve been listing old Model Railroader magazines lately, and I loved my little model railroad when I was a kid.  I had all kinds of funky buildings and stuff, and I even threw in some Robotech stuff that was the right scale, and all sorts of things that were wildly not to scale. On one hand, realism is a goal, on the other hand having weird stuff is par for the course.  Hence, the existence of this: 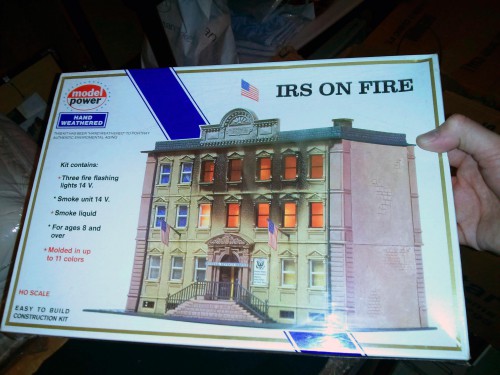 Why the IRS?  Who cares!   Why not just a plain and austere IRS building for the train set?  Of course not – burn that sucker down!

You can still buy the set today from Model Power, complete with flashing fire lights and a tiny smoke machine, all of which you can see here, with a special appearance by King Kong.  Why not?  Model railroad guys are freakin’ crazy. 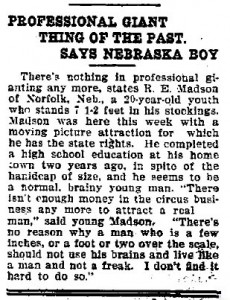 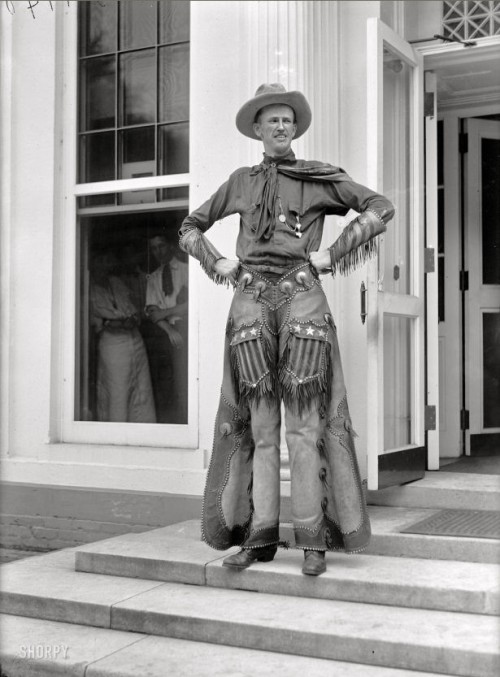 It seems you can 3D print anything these days, from a bikini to a gum-chewer’s face to a gun —  but some people in Colorado are putting the technology to an even better use:  manufacturing fake mustaches in fancy colors!  If you live in Denver you can get one of your own this weekend, by attending the “Intro to 3D Printing” class at The Concoctory on Saturday. 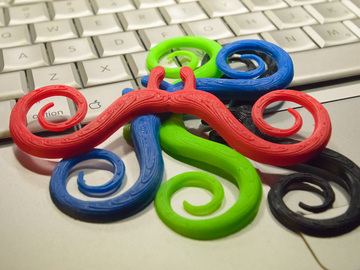 I refuse to believe these have any practical use.  The only explanation is that this Etsy shop is where turtle superheroes get all their outfits.  Supervillains, maybe, but I’ve never heard of a turtle supervillain before.  Turtles can’t be evil, can they? 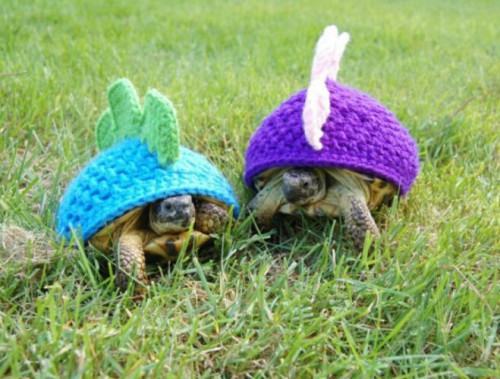 (they’re so you can see your turtle when they wander away in your lawn.  Don’t worry, it’s a turtle, you still have several days to catch up with them before they’re out of eyeshot. )

Oh, Wal-Mart, I think you might be mistaken…or the reason that hippo is so happy is because he got his rhino costume in the mail and is trying it on for the first time: 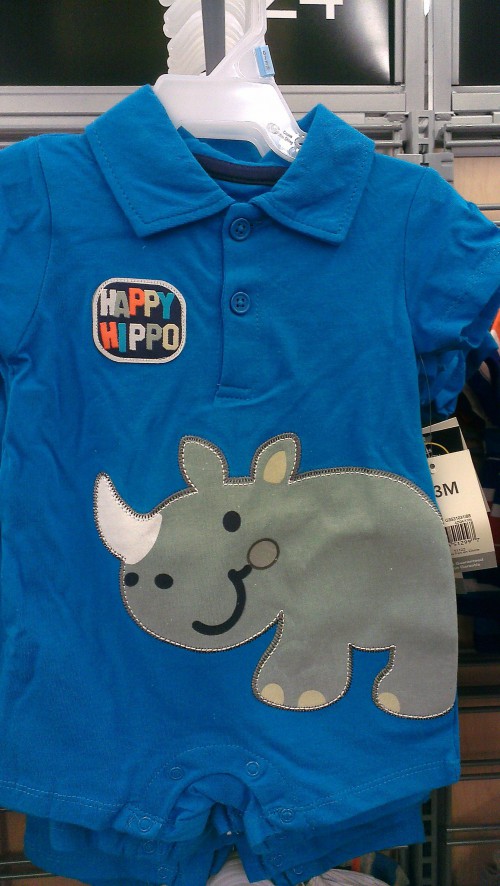