Four of the headliners as promoted in This Week in Los Angeles, December 25, 1959 to January 1, 1960 issue. Included are Arvon Dale at the Bowl, Big-Time Bill Pannell at the Hollywood-Roosevelt Cinegrill, Ken Murray with Marie Wilson at the Cocoanut Grove, and Frank Remley aka the Man With Geetar at the Zebra Room of the Sheraton-West. 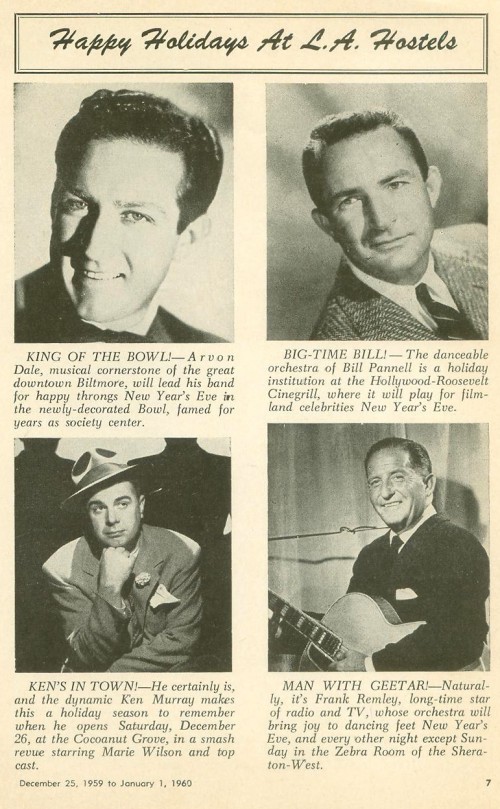