Have you ever dreamed of just buying a houseboat, sailing away, and fighting crime under the auspices of a shadowy nongovernmental entity? Well now you can! 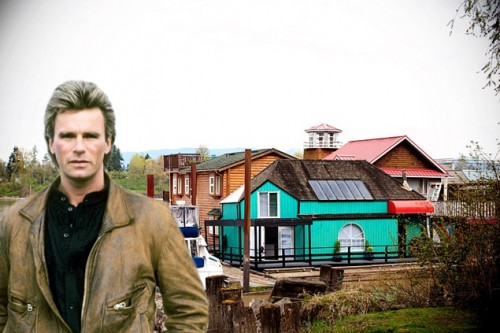 Yes, for a limited time only, the houseboat featured on the 1980s adventure series MacGyver is up for sale! It’s not the first time it’s been on eBay, and it apparently goes up for sale quite regularly.  The owner has been trying to part with the MacGyver boat for years now, and I can see why:  I watched MacGyver religiously when I was younger, and every single person that set foot on that boat got shot at, was kidnapped, barely escaped being blown up, and at one point was almost crushed in the back of a garbage truck if not for MacGyver’s ingenuity in getting out of a tight scrape.  If the MacGyver houseboat doesn’t come with a fully-functional MacGyver to save me from international terrorists or mobsters, it’s much too dangerous for me to own.