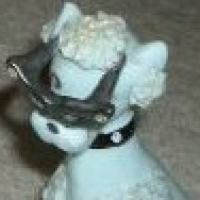 And they guarantee you’ll lose weight too! 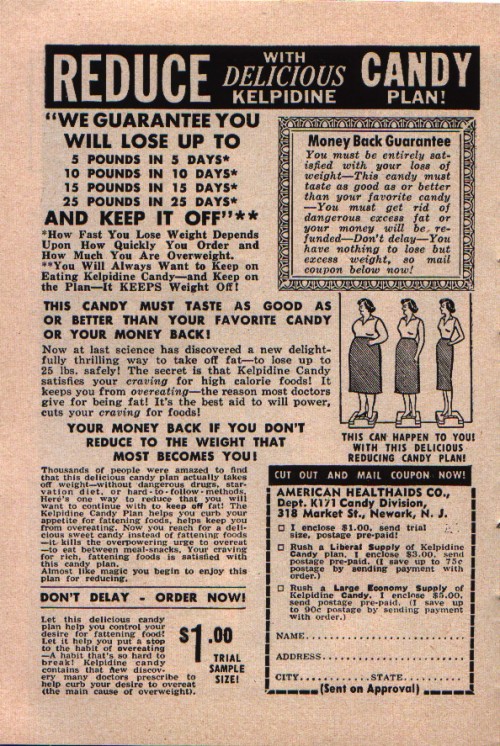 Another scan from that 1954 issue of People Today, this time an ad (one of the few advertisements in the magazine) for Kelpidine Candy. There was a gum too.

“Kelpidine” doesn’t sound tasty, but it’s not as unfortunate a name as Ayds weight loss candy.

Anyway, People Today is rather a mini-men’s mag, so I feel rather weirded-out that the ad depicts a “fat chick.” If this was a February issue of the publication, I’d be convinced guys were supposed to give their fat wives a box of Kelpidine for Valentine’s Day.

But I guess the guys were just supposed to buy her weight-loss candy “just because.”